Climate Change and Its Potential Impacts on Our Environment

The health of our natural ecosystems is vital to the survival of life on Earth. Humans benefit from ecosystems in a variety of ways, including recreation opportunities such as parks, gardens, and camping, the production of marketable products such as pharmaceuticals, and ecosystem services such as water purification and erosion control.

Several people place a high value on nature, wilderness, and the preservation of habitats for the sake of their own spiritual and aesthetic reasons.

Even though ecosystems play an increasingly important role in preserving the environment, they are becoming increasingly threatened by pollution and habitat destruction caused by growing human populations. In addition to these stresses, global climate change due to greenhouse gas concentrations in the atmosphere poses a new threat.

Climate change will pose a very real threat to many of the terrestrial ecosystems on which we depend over the next century. Consequently, a number of key issues were arises, including:

It is important that we support the conservation of biodiversity and the protection of natural ecosystems to allow nature to make the best possible adaptation to climate change. 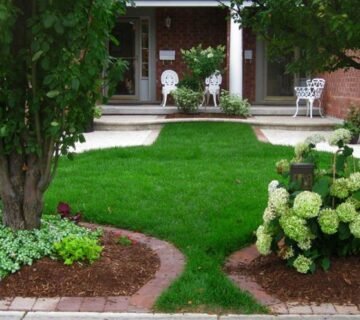 The Key Benefits of Landscaping for Public & Private Properties